The cost-of-living crisis is having a profoundly negative effect on social care providers in the third sector.

The cost-of-living crisis is having a profoundly negative effect on social care providers in the third sector. Our members are facing increasing bills and shortages in staffing, whilst they prepare for increasing demand. And they are facing all of this without uplifts to the funding they receive to deliver care and support.

CCPS is working with our 91 members to influence national decision-making so that third sector social care and support providers can deliver crucial and sustainable services for people across Scotland. With our members we have produced our winter manifesto: Urgent Action for Urgent Times and have shared this with the Scottish Government, CoSLA and the Scottish Parliament.  It builds on a survey we conducted with members this autumn to share in a briefing with the Scottish Parliament’s Health, Social Care and Sport Committee as they assessed national plans for the winter.  We are clear – the changes we are asking for are needed urgently.

As our work to increase sustainability in social care progresses, we will post more updates here.

Following announcement of improved offers to public sector colleagues, which have not been matched by any similar increases for third sector providers to support the principle of Fair Work, CCPS wrote to the Cabinet Secretary to ask for an urgent response to our winter manifesto – particularly around Fair Work. We also asked for clarity on which parts of the health and social care budget are funding the increased offer.

Our mission is to identify, represent, promote and safeguard the interests of third sector and not-for-profit social care and support providers in Scotland, so that they can maximise the impact they have on meeting social need.

CCPS is the Coalition of Care and Support Providers in Scotland.

Our mission is to identify, represent, promote and safeguard the interests of third sector and not-for-profit social care and support providers in Scotland, so that they can maximise the impact they have on meeting social need.

We aim to provide solutions and thought leadership in policy for the social care sector. Our work is built with the expert voices of our active membership. We engage collaboratively with partners across sectors.

We currently run a number of Scottish Government funded workstreams to help us meet our mission:

Our Workforce Development Network supports third sector social care providers to contribute to national workforce agendas and works to underpin essential sustainability for the sector.  This includes influencing the national Fair Work agenda, the future of regulation and workforce planning.

Our Digital Programme provides support, information, learning and development opportunities to third sector providers in the digital arena, as well as running problem solving networks.  It is now heavily engaged in helping to shape digital opportunities through the National Care Service.

Our Children and Young People’s Programme gathers expertise from the sector to influence key areas of national work, such as the Whole Family Wellbeing Fund.

In addition, we work with our membership to influence the wider reform agenda through the National Care Service, we speak up for the sector around wider issues of sustainability during these difficult economic times, and we were a key player in ensuring the needs of the sector have been reflected in COVID planning.

The proposed establishment of a National Care Service is the most significant piece of public sector reform in Scotland since devolution and goes to the heart of what our CCPS members do every day.  Our most recent contributions to the debate on change can be found on this page.

The proposed establishment of a National Care Service is the most significant piece of public sector reform in Scotland since devolution and goes to the heart of what our CCPS members do every day.  Our most recent contributions to the debate on change can be found on this page.

Much of the current national focus of reform is on the National Care Service (Scotland) Bill, but the change we want to see goes far beyond this. CCPS’ vision for the reform of social care and support in Scotland is that: Individuals and families are enabled to realise their aspirations and thrive through a rights- and relationship-based integrated public care and support system that is designed collaboratively, delivered locally and accessible equitably to everyone who needs it.

CCPS has gathered together everything it has said over recent months and created a model for social care and support reform which will guide all of our work to influence and shape the future.  We hope that members, partners, the Scottish Government and MSPs will find this a helpful summary of our aspirations as the debates on a National Care Service continue.

A timeline on the National Care Service and CCPS responses – so far..

November 2022: CCPS publishes a discussion paper on potential amendments to the legislation. The paper makes clear that the Bill falls short of supporting delivery of our model of reform, but sets out some initial ideas for wider discussion on how it might be amended to get it closer to our aspirations.  CCPS has already begun holding meetings to discuss the paper and we will continue to do so over the start of 2023. Further comments welcomed @ccpscotland.

September 2022: CCPS submits evidence to the Scottish Goverment Health, Social Care and Sport Committee and the Finance Committee, setting out our initial position on the legislation, noting that we remain open to working collaboratively and constructively with the Scottish Government and partners on reform, but noting concerns with the direction set out in the Bill.

August 2022: The Fraser of Allander Institute, funded by CCPS, publishes a detailed briefing on the financial implications of the National Care Service Bill. We note that: “The Bill in its current form raises significant questions which remain to be answered about the affordability of a National Care Service and the investment required to sustain it in the long term.”

June 2022: The National Care Service (Scotland) Bill is introduced to the Scottish Parliament and CCPS provides initial comment, calling for “a system and structure for social care and support based on respect, partnership and collaboration”

November 2021: CCPS responds to the consultation on a National Care Service noting that “the ambition set out by the [Feeley Review] team is not wholly reflected in the proposals”.

August 2021: CCPS welcomes the launch of the Scottish Government consultation on a National Care Service.

February 2021: The Independent Review of Adult Social Care in Scotland (“The Feeley Review”) is published.  CCPS welcomes the Review and “its call for a renewed purpose for social care with human rights at its heart”. The Scottish Government accepts the findings of the Feeley Review

September 2020: The Scottish Government commissions former NHS Scotland CEO, Derek Feeley, to conduct an Independent Review of Adult Social Care in Scotland.  CCPS submits its response in November, setting out how we think the sector can be reset.

The Workforce Development Network (WDN) supports voluntary sector social services providers to contribute to the national workforce agenda with the ultimate aim of improving outcomes for people who use services.

The Workforce Development Network (WDN), through a grant from Scottish Government, supports voluntary sector social services providers to contribute to the national workforce agenda with the ultimate aim of improving outcomes for people who use services.

The WDN supports providers to:

The WDN has three priorities, which underlie all of its work:

The priorities compliment work being taken forward independently by CCPS in accordance with our workforce related strategic outcome: ‘The voluntary sector provider workforce is well qualified, competent and confident, with good pay and conditions’.

We look at issues related to:

The main areas of focus for the second half of 2021 will be safer recruitment, digital skills and workforce planning.

We will also continue to support providers with workforce issues arising from the COVID-19 pandemic, both in terms of short-term response and long-term recovery.

The Commissioning and Procurement Programme

The Commissioning and Procurement programme is a programme of local and national policy and practice change hosted by CCPS.

The Commissioning and Procurement Programme is fully funded by Scottish Government and aims to provide cross -sectoral support to organisations and people looking to improve how social care is commissioned and procured.

Unsubscribe from our eBulletin

The CCPS Digital Programme will also contribute to policy and legislative consultations arising from the development of the National Care Service in relation to digital and data.

The programme’s main activities include: 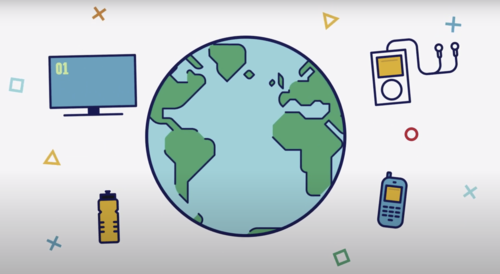 These activities currently focus on four themes that correspond to priorities set out in the Scottish Government’s Digital Health and Care Strategy:

Why Digital?  See our co-produced animation illustrating our ambitions for an integrated and digitally enhanced world of health and care services and support could mean for citizens and people who need support.

Become a member of CCPS

Find out about the benefits of joining CCPS

We use cookies on our website to give you the most relevant experience by remembering your preferences and repeat visits. By clicking “Accept All”, you consent to the use of ALL the cookies. However, you may visit "Cookie Settings" to provide a controlled consent.
Cookie SettingsAccept All
Manage consent

This website uses cookies to improve your experience while you navigate through the website. Out of these, the cookies that are categorized as necessary are stored on your browser as they are essential for the working of basic functionalities of the website. We also use third-party cookies that help us analyze and understand how you use this website. These cookies will be stored in your browser only with your consent. You also have the option to opt-out of these cookies. But opting out of some of these cookies may affect your browsing experience.
Necessary Always Enabled
Necessary cookies are absolutely essential for the website to function properly. These cookies ensure basic functionalities and security features of the website, anonymously.
Functional
Functional cookies help to perform certain functionalities like sharing the content of the website on social media platforms, collect feedbacks, and other third-party features.
Performance
Performance cookies are used to understand and analyze the key performance indexes of the website which helps in delivering a better user experience for the visitors.
Analytics
Analytical cookies are used to understand how visitors interact with the website. These cookies help provide information on metrics the number of visitors, bounce rate, traffic source, etc.
Advertisement
Advertisement cookies are used to provide visitors with relevant ads and marketing campaigns. These cookies track visitors across websites and collect information to provide customized ads.
Others
Other uncategorized cookies are those that are being analyzed and have not been classified into a category as yet.
SAVE & ACCEPT